Hong Kong is on its way to becoming one of Asia’s most sustainable cities, and chef and eco-conscious entrepreneur Peggy Chan thinks that has been a long time coming for the city she calls home.

There is no fowl play in Peggy Chan’s popular popcorn “chicken”. The dish swaps out poultry for hedgehog mushrooms, which are deep-fried to a crispy brown and served with a sprinkle of galangal powder and a tangy coconut kefir sour cream on the side. Prepared with wholesome, unprocessed ingredients, deliciously innovative meat-free creations such as this garnered Chan a loyal following at Grassroots Pantry, the pioneering plant-based restaurant she opened in 2012.

A vegetarian since her teenage years, Chan is widely recognized as an authority on promoting sustainability through the way we cook and consume. Aside from launching other ventures, including casual, organic deli Prune and upscale vegan concept Nectar, she is an alumnus of the Hong Kong hub of the World Economic Forum’s Global Shapers Community and has been invited to share her ethos on eco-conscious eating at events such as the Melbourne Food & Wine Festival and the Global Wellness Summit.

If we want to talk about sustainability, there are many things that we can do within the [food] system.

In 2020, she pivoted from operating her restaurant to helping others transform their businesses into environmentally and economically sound ventures. Her consultancy, Grassroots Initiatives, seeks to reinvent the hospitality sector – from sourcing, menu development, and staff training to front and back-of-house operations and waste management.

1 of 4
The organic farms in Kam Tin are where you can breathe fresh mountain air, and get hold of the freshest produce.
Hong Kong has a small but growing community of organic farmers.
From fast casual food to fine dining, plant-based options are becoming mainstays in Hong Kong’s dining scenes.
The restaurant serves whole-food, plant-based food with zero waste.

“If we want to talk about sustainability, there are many things that we can do within the food system,” she says. “It always starts with where our food comes from and understanding the connection between land that is used for agriculture and the stewards who protect our land, soil, and our water. That then connects to the people who decide on how this food will be distributed and marketed. And then it goes down to the chefs who are going to be using this food and the consumers who have huge power to decide and demand what they want.”

And in Hong Kong, consumers are deciding they want to be greener. With health and wellness becoming a greater priority and awareness about climate change growing ever more pressing, especially among the city’s younger generation, Hong Kong has become fertile ground for businesses that benefit people as well as the planet. Not only are there more plant-based restaurants than ever before, but the offerings are also diverse and exciting, ranging from delicate dim sum to hearty burgers. Even non-vegetarian restaurants are serving more sustainable options, including Hong Kong’s homegrown hog-free OmniPork, which is being sold everywhere from McDonald’s to Michelin-starred establishments across the city. Other eco-conscious businesses are also thriving, including plastic-free grocery stores, organic beauty brands, and fashion labels that sell clothes made from upcycled materials.

Back to One’s Roots

Chan has been very much at the forefront of championing this green movement. Born in Hong Kong and raised in Canada, she was trained at Le Cordon Bleu’s Ottawa outpost before returning to her home city in 2007 and has worked at some of Hong Kong’s most revered establishments, including those at the Peninsula and Four Seasons. At the time, Chan saw a shortage of plant-based dining options and decided to start Grassroots Pantry in 2012 in a small space in Sai Ying Pun. She saw it as an opportunity to be part of the solution.

We want to be able to utilize the cookbook to get people to see how affordable and easy and simple it is to make clean food.

“We were just so focused on the mission and on making the food as authentic as possible and telling our stories as authentically as possible,” she says. Everything she has done since then has been in service to this mission, including her first cookbook, “Provenance,” to be launched in print and digital in the first half of 2021. The book charts Chan’s plant-based journey alongside thoughtful research on how food impacts the planet, how much carbon footprint our cooking creates, and includes 80 recipes complete with nutrition information. As Chan puts it: “We want to be able to utilize the cookbook to get people to see how affordable and easy and simple it is to make clean food.”

Since Grassroots Pantry’s opening, Hong Kong has made great strides in its eco-conscious efforts and has become one of the most sustainable cities in Asia. In 2017, the government rolled out the Climate Action Plan 2030+, which committed to reducing the city’s absolute carbon emissions by 26%-36% from 2005 levels by 2030. It furthered its pledge to tackle climate change in 2020’s chief executive policy address, which vowed to achieve carbon neutrality before 2050. While Chan sees this growing awareness about sustainability matters as promising, for her, the crucial next step is to turn policy into action.

We are really just acknowledging and recognizing that we are all accountable. Every single person has to do something every day.

Chan’s next initiative will involve the community; she is setting up the Asian outpost of nonprofit organization Zero Foodprint, which tackles climate issues through food systems. The idea is to get as many customers and restaurants as possible to pledge a 1% donation at the end of every bill to fund food-growing practices that promote environmental health. Efforts will also be made to help restaurants better understand and offset their carbon footprint. Experts outside the kitchen will also play a role, including farmers, professors, and scientists, many of whom Chan has collaborated with before on sustainability issues.

“There are so many people who are doing very similar things, but they utilize their own skill sets and apply them in their own ways,” she says. “We are really just acknowledging and recognizing that we are all accountable. Every single person has to do something every day.” 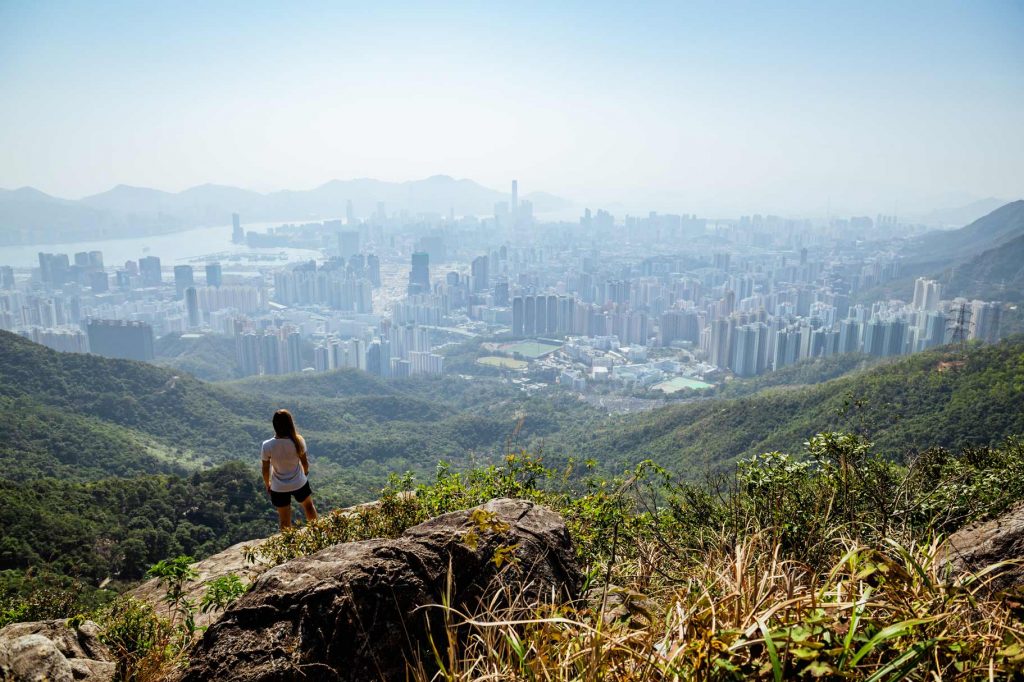