Rebuilding Through a Crisis

The pandemic has given banking institutions a higher purpose: bolstering businesses that support communities.

Covid-19 is the global storm of the decade. While governments grapple with an entirely new type of crisis, businesses are spurred to rethink operations and strategies. Some are accelerating their move online while others pivot to aid in the fight against the virus. Success stories have shown that a comprehensive strategy combining pre-emptive action, responsible reflection, and innovative ideas, is what businesses need to weather Covid-19. As the first country to suffer this outbreak, many of the most inspiring stories come from China.

Covid-19 hit China fast and at full force. As experts worked to glean what they could of this novel coronavirus, important questions loomed: Are there enough hospital beds and ventilators? Is there enough personal protective equipment (PPE) for frontline workers? As the epidemic transformed into a pandemic, broader questions emerged: How can we secure the food supply? How can we protect the small- and medium-sized businesses (SMEs) that are particularly vulnerable during global downturns?

As constructive members of society, financial institutions have an integral role to play in supporting real people,” shared Piyush Gupta, CEO of DBS.

That includes supporting real businesses, which is why DBS moved swiftly to address key concerns while deploying technology to sustain operations. As a champion of innovation, DBS has been working with global partners to foster and harness new ideas that will shape businesses during and after Covid-19.

China’s experience in overcoming SARS in 2003 meant that people understood how important masks are during an outbreak. Masks aren’t only crucial for protecting medical professionals and frontline workers, but also for the general public to prevent transmission. At the beginning of the Covid-19 outbreak, there were growing concerns in China that there would not be enough masks. Sichuan-based Yibin Grace Group, which specializes in textile production, were one of the first to heed the call. But to exercise their expertise and produce the much-needed, non-woven masks, they needed expeditious access to the materials, from both onshore and offshore sources.

This was difficult for two reasons. First, parts of China, including the manufacturing hub of Wuhan city and Hubei province, were under or heading into lockdown. Second, the Chinese New Year celebrations were approaching fast. DBS recognized that processing times for financing – even during normal times – would be detrimental in responding to the need for masks. The bank quickened the process by mobilizing approval teams simultaneously and leveraging robust cross-border connectivity. Yibin Grace Group was granted its financing in just two days; it usually takes seven.

Enabled by rapid financing, Yibin Grace Group could purchase the necessary materials, start production quickly, and respond to the escalating demand for masks. They were also able to identify and prioritize the frontline medical workers that needed PPE the most; all masks produced by Yibin Grace Group went to hospitals and clinics in critically affected outbreak areas in China.

In China, as in other countries, SMEs are the backbone of the economy – they are major employers and vital to local communities. Being on the ground and close to the community means that agile SMEs can generate innovative solutions quickly. But with restricted access to finance, SMEs fare worse under economic pressure. This is where DBS was able to help by bolstering the businesses that support communities.

When parts of China – including agricultural provinces – went into lockdown, there was growing insecurity over food supply. Responding to these concerns, DBS identified and financed food suppliers, such as a local supermarket chain in the Beijing-Tianjin-Hebei area. In doing so, similar supermarket chains were able to ensure that millions of people had access to food.

To cushion the imminent economic impact, DBS quickly implemented a series of relief measures for SMEs. They gave lowered borrowing rates to businesses that were affected by the outbreak, waived various fees for transactions and payments, and allowed businesses to defer loan repayments while eliminating late penalties. They also proactively waived the remittance fee for cross border payments and even increased return rates for deposits.

As the world doubles down on rebuilding the global economy, the responsibility falls on financial institutions to ensure banking continuity. The pandemic has demonstrated the importance of innovations in financial technology to businesses. For example, straightforward contact-free financial and payment solutions such as DBS Digidocs and DBS Digionboarding, which allow fast and secure services, have shifted from being convenient, to being imperative.

The pandemic has also shone light on the importance of innovations in other industries and the role that financial institutions play in fostering new business ideas. Shenzhen Power Solution specializes in solar-powered lamps, charging points, and seven-inch video screens for poor households in India and Africa. Covid-19 impacted Shenzhen Power Solution as it did on all businesses, but a DBS grant helped ease problems caused by the pandemic, such as cash flow issues. This proved essential: The video screens were ideated for educational purposes, but during the pandemic, they are used to spread knowledge about infection prevention.

Businesses have shown that they can respond to demand quickly, that they are vital to communities, and that they can birth innovative ideas. But SMEs need to be able to quickly activate their businesses, Piyush Gupta has stressed. “This means giving them the wherewithal to weather the next few quarters; to keep workers on the payroll and supply chains intact.” 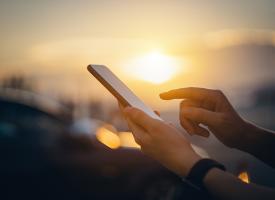 Digital solutions have proven essential to banking continuity during the pandemic. They will also help drive the recovery. 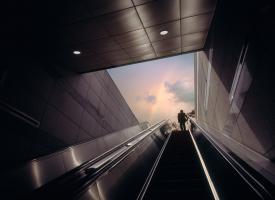 Covid-19 has changed the way small and medium businesses succeed through sustainability.

Covid-19 has changed the way small and medium 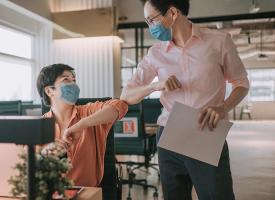 As businesses address the challenges faced by diverse communities during the pandemic, it is up to banking institutions to help them respond in a timely fashion.

As businesses address the challenges faced by

Discover how DBS is helping to build a food secure future.