Continuing the legacy of Arthur Ashe

By Christopher Dawson, CNN
Updated 10:44 AM EDT, Mon June 27, 2022
Link Copied!
Ad Feedback
Arthur Ashe hits a shot at Wimbledon in 1969.
Ed Lacey/Popperfoto/Getty Images
Ashe, far right, shakes hands with opponents at the Eastern Junior Tennis Championships in 1959. Ashe was born in Richmond, Virginia, in 1943 and began playing tennis at an early age. He first tested his skills on a Blacks-only playground in the city.
Harry Harris/AP
Ashe plays at Wimbledon in 1964. A year earlier, he won the NCAA title at UCLA and became the first African American to represent the United States in the Davis Cup.
Jerry Cooke/Sports Illustrated/Getty Images
Ashe signs autographs for children in 1965.
Rowland Scherman
Ashe is interviewed by reporters at the US National Championships, now known as the US Open, in 1965.
Bob Gomel/Premium Archive/Getty Images
After graduating from UCLA, Ashe spent three years in the US Army. He continued to play in tennis tournaments during this time.
Rowland Scherman
Ashe works with children during a tennis clinic in Washington, DC, in 1968.
Bettmann Archive/Getty Images
Ashe poses with other Davis Cup team members for a portrait in 1968.
Bob Peterson/The Chronicle Collection/Getty Images
Ashe returns a shot during a Davis Cup match in Cleveland in 1968. The United States won the competition that year.
Julian C. Wilson/AP
Ashe is congratulated by his father, Arthur Ashe Sr., after winning the US Open in 1968. Ashe was the first Black man to win a grand slam singles title. He would also go on to win the Australian Open in 1970 and the US Open in 1975.
Hulton Archive/Getty Images
Ashe attends a hearing at the United Nations in New York in 1970. He was campaigning for South Africa to be excluded from the International Tennis Federation. He had earlier been denied a visa by the country's apartheid government.
Bettmann Archive/Getty Images
Ashe holds the Wimbledon trophy after his upset win over Jimmy Connors in the 1975 final. That year, he also became the world's top-ranked tennis player.
David Ashdown/Keystone/Hulton Archive/Getty Images
Ashe leads fellow Wimbledon champion Billie Jean King onto the dance floor at a post-tournament ball in 1975.
PA Images/Getty Images
In 1977, Ashe married Jeanne Marie Moutoussamy in New York.
Bettmann/Bettmann/Getty Images
Ashe holds a certificate commemorating his entry into the Tennis Hall of Fame in 1985. The world was shocked in 1979 when the super-fit Ashe suffered a heart attack and underwent a bypass operation. He was set to return to the tennis tour when further complications arose and he was forced to announce his retirement.
Los Angeles Times/AP
Ashe sits with his daughter, Camera, in 1990. He and his wife adopted Camera in 1986.
Jeanne Moutoussamy-Ashe
Ashe meets with South African leader Nelson Mandela during a visit to New York in 1991.
Jeanne Moutoussamy-Ashe
Ashe, his wife and his daughter attend the Arthur Ashe AIDS Tennis Challenge in 1992. That year, Ashe announced to the public that he had AIDS. It was thought that Ashe contracted HIV from infected blood transfusions during his heart operation many years before. He began campaigning to debunk myths about AIDS and the way it is contracted.
Malcolm Clarke/AP
Ashe takes part in a demonstration outside the White House in 1992, protesting the Bush administration's policy on Haitian refugees. He was later arrested during the protest.
Greg Gibson/AP
Ashe addresses the World Health Organization during a meeting on World AIDS Day in 1992. He founded the Arthur Ashe Foundation for the Defeat of AIDS.
Hai Do/AFP/Getty Images
Ashe's casket is carried into the Governor's Mansion in his hometown of Richmond, Virginia, in 1993. A few days earlier, Ashe had died of AIDS-related pneumonia. He was 49 years old. Among those on the right is his widow, Jeanne, a professional photographer. She is with their daughter.
AP
Fireworks are set off during the dedication ceremony for the Arthur Ashe Stadium in New York in 1997. It's the main stadium at Flushing Meadows, which hosts the US Open, and it's the largest tennis stadium in the world. A statue of Ashe is outside.
Al Bello/Getty Images

Tennis legend Arthur Ashe was a champion both on and off the courts. The famous athlete was also a humanitarian, devoting much of his life to making a difference for others.

“From what we get, we can make a living,” Ashe famously said. “What we give, however, makes a life.”

Here are some of the causes Ashe supported, which you can champion by clicking here or on the button below.

The power of coaching under-resourced youth

In 1968, Arthur Ashe co-founded the National Junior Tennis League, “as a way to gain and hold the attention of young people in the inner cities and other poor environments so that we can teach them about matters more important than tennis.” 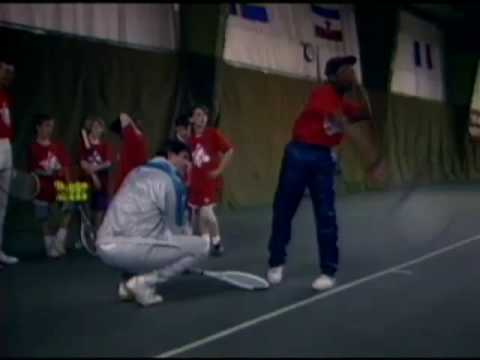 Today that league is the National Junior Tennis and Learning network (NJTL), which is supported by the USTA Foundation. It is a nationwide group that provides free or low-cost tennis, education and leadership skills to more than 160,000 children each year.

The Positive Coaching Alliance is another organization giving children in difficult social and economic circumstances a positive youth sports opportunity. They recruit and train coaches to create impactful experiences each year for millions of kids in all 50 states. See how to become or support a coach at their Coaching Corps website.

Arthur Ashe announced the creation of the Arthur Ashe Institute for Urban Health (AAIUH) in the last months of his life.

Ashe wanted to improve health conditions in urban and multi-ethnic communities and the AAIUH strives to achieve this goal for health inclusion and empowerment.

The campaign for heart health

In 1979 Ashe suffered his first heart attack and later underwent quadruple bypass surgery. That experience prompted him to advocate for heart health and join the American Heart Association’s board. 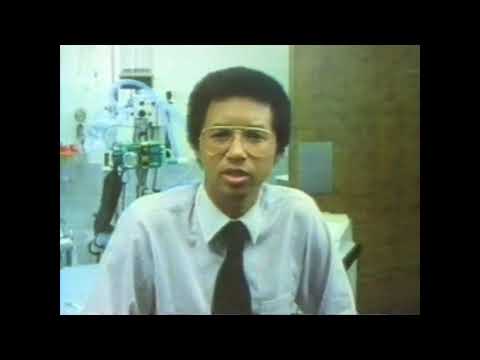 The fight to end AIDS and its stigma

In 1992 Ashe shared that he contracted HIV from a blood transfusion during a second bypass surgery. He then dedicated himself to raising awareness and understanding of AIDS and addressed the UN General Assembly that year on World AIDS Day. The Arthur Ashe Institute for Urban Health launched the HIV/AIDS Mental Health Stigma Initiative which you can use to foster conversations and a better understanding of HIV/AIDS in your community. 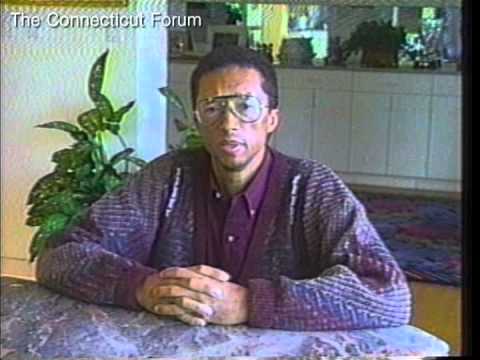 Ashe also founded the Arthur Ashe Foundation for the Defeat of AIDS, which funded research and is now part of an endowment for HIV training at the Weill Cornell Medical College.

Other organizations promoting HIV/AIDS awareness, treatment and research include the Elton John AIDS Foundation and the National Minority AIDS Council.

You can support all these groups through the “You can make a difference” button below or by clicking here.