The Other King of Marsabit

David Daballen has dedicated his life to saving African elephants, and in turn local communities.

"In Nairobi’s Kenya National Museum lies a replica of Ahmed, the legendary great tusker. He’s also known as the King of Marsabit, after the area he inhabited and was born to.

The area has always been a hotbed for elephant activity, and local man David Daballen is no exception to the rule. Head of Field Operations at Save the Elephants, he has dedicated his life to helping Kenya’s elephants.

As a child, Daballen ran the risk of being chased by elephants on the journey to school and back. But somehow, he always managed to escape unscathed. Part of him couldn’t believe that it was simply luck that kept him safe. So when the opportunity arose to take on an internship at fledgling charity Save the Elephants, he jumped at the chance to learn more about the enigmatic creatures he’d grown up with. It’s now over 20 years later, and he’s still working for the organization.

“At the beginning,” he says, “Save the Elephants was so small. We had one, maybe two trucks. But more importantly, there was no information. We didn’t know how many elephants there were, or where they went.”

The work that Daballen has put into studying the Samburu elephant population has taught humans their coded language. Save the Elephant’s Long Term Monitoring Project collects daily information to a digital database. Analyzing this data reveals a whole range of information, including population dynamics, social structure, diet preferences, seasonal dispersal, paternity from DNA and mortality causes, including illegal killing.

A separate radio-tracking study provides additional insight into how and why elephants make choices. These colossal creatures would disappear for months or years a time, - sometimes never to be seen again - before technology allowed them to be collared and tracked via GPS.

Daballen, though, has witnessed a bull travel 200kms in 4 days in search of a mate. “Their corridors are like spiderwebs. It’s ingrained in them,” he says. “One female stopped dead at an invisible line, and almost dancing, and nervous. She waited until 10 pm, the dead of night, and charged. Elephants don’t want to get in our way any more than we want to get in theirs. And now we have proof.”

“Elephant memories pass down generations. Africa used to be wilderness – wild, open savannahs. But what elephants did then is not what they do now.”

Also, vitally important is Daballen’s anti-poaching education. “A lot of the people who poach the animals are so, so poor. They don’t necessarily want to kill them: some have no choice. So as difficult as it is to talk, you have to try to win their hearts and minds. But you cannot just approach someone and ask them to stop killing elephants if that person is hungry.”

Daballen’s team started holding huge community meetings and found that the driving force behind much of the killing was a lack of jobs for local people. Partnering with another organization called Elephant Watch, Daballen and his team energized the tourism industry in the area. “By employing one person, you are feeding maybe ten or 20 people, because of how African families are structured,” He says.

“New technology, data, and education have changed things. It has allowed us to advise governments and NGOs where – and where not – to build in order to avoid migration routes that have been used for hundreds of years. Tracking has given us a whole new language: it is the elephants speaking to us.”

All photography provided by Jane Wynyard / Save the Elephants 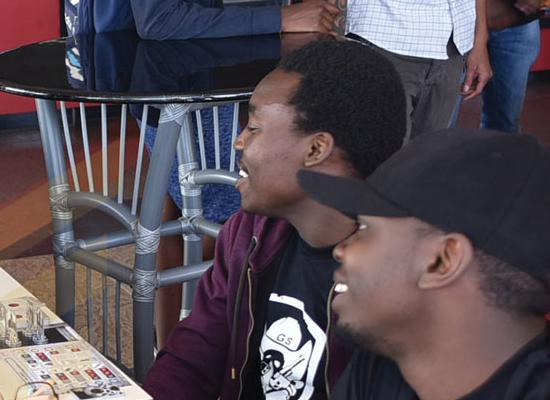 Unable to go to Comic Con, Brian Barasa founded his own pop-culture empire. 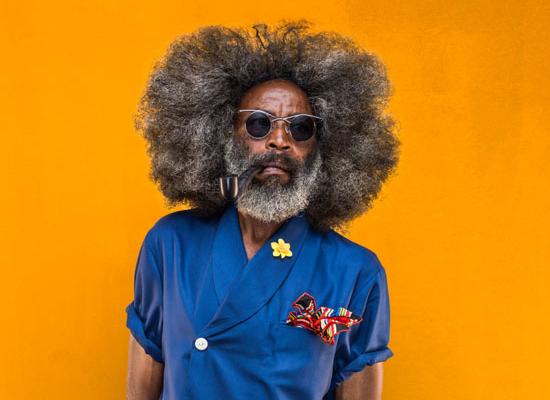 Meet Osborne Macharia, the photographer shining light on Kenya through an afrofuturist lens. 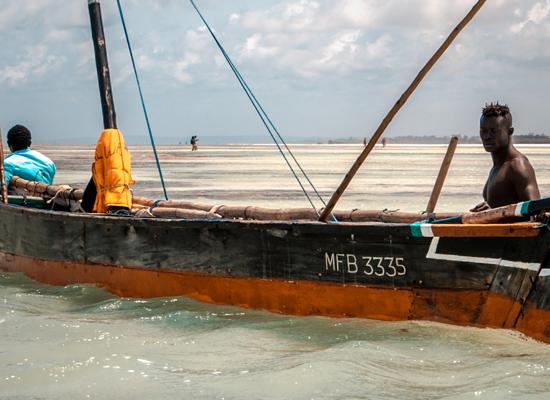